In 2014, Graeme Ball and his wife Robyn went on a river cruise through Europe but their holiday snaps were almost ruined by a most unwelcome photobomber – Graeme’s large stomach.

“In one photo, Robyn’s arm was stretched across my stomach and I noticed it didn’t reach that far anymore. It really brought it home to me that I’d put on quite a bit of weight,” Graeme, now 63, says.

Like many people, Graeme had been sporty and active as a young man - “I’d always done football, tennis and athletics when I was at school and uni.” - but shift-work played havoc with his eating habits and a busy adult life had slowed him down.

By his early 50s, Graeme’s weight gain meant his health was suffering. He was also well aware that his father, who had smoked a lot and taken little exercise, had died of a stroke at the age of 59 – only a month before Graeme’s 21st birthday. His father’s death had been a confronting welcome to adult life for Graeme all those years ago.

After the river cruise, Graeme took a hard look at his health: he was suffering migraines, weighed 101 kilograms, had high blood pressure and also had Stage 3 kidney disease.

With retirement approaching, he didn’t want to live – or die – like his father.

Graeme joined Sons of the West, a free 10-week men’s health program in Melbourne’s western suburbs that offers a mixture of education and exercise aimed at teaching participants not specifically how to lose weight but to get fit and active.

“I wanted to become active and to make a new circle of friends,” Graeme says.

And he did all that by walking. Initially, he was still working so would get off the train one stop before his work and then walk the difference. “I’d also walk every lunchtime,” Graeme says. 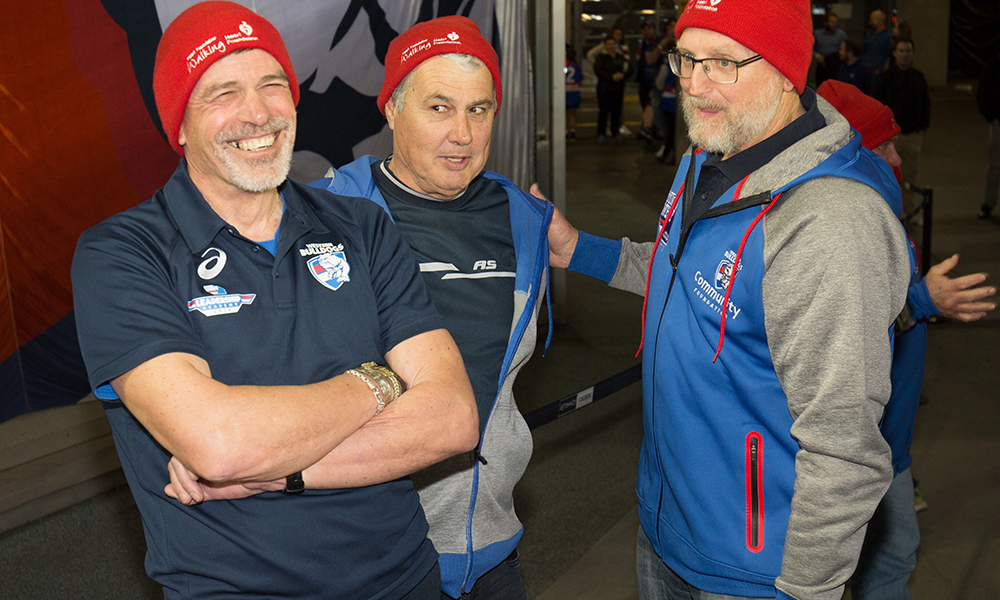 Graeme, at left, after losing 20kgs. He's with Sons of the West walkers Noel Jeffrey and Mark Truman.

His stomach began to disappear and by the time his weight loss hit 20 kilograms his health had improved dramatically.

“I was on high blood pressure tablets and migraine medication and came off all of that.”

Now retired, he generally walks 15-20 kilometres a day.  And not just strolls. He has taken up bushwalking again, redeveloping a passion that first emerged when he was a scout as a child.  “I particularly like going to Werribee Gorge; it’s a bit more challenging.”

Many of these walks he does with his wife Robyn and he’s happy to report that these days it’s without that unwelcome photobomber.

Graeme took positive steps to help have a healthier body, build strong relationship and most of all, be happy. You can do this too! Join Heart Foundation Walking today.

Is heart disease part of your story?